HD Vietnam is the top media software developer in Vietnam. With more than 15 years of experience in high end broadcasting application software, our products are well known and in operation on all influential TV channels and cable operators in Vietnam.

Instead of offering the box software, we offer software service to create a highly customized and deeply integrated system for you. The software system that are able to cement all users, customers, departments and activities together – that is the real Media Enterprise Resources Planning System that boosts the productivity of all our customers.

First product developed: People meter for viewer panel detection. The product is based on logo matching.

Completes the first censorship system base on VDCP and external 3 channel server. 02 first systems used for Cinemax and Star movies on VCTV.

Launching “ NEWS”. The simple news room system. The product is based on windows application and SQL server. It works well for VITV (SCTV8) by today.

The system meets the strict demand of OnAir system. The system is simply designed for Vietnamese environment: it can work simultaneously with both Video server and VTR, Live signal. The system can work with timecode-broken tapes, 100% redundancy, program preview and 24/7 operation and automatically resumse to present state after restarting.

The Automation and Asset management system are working for VTV2,VTV3 and VTV6, HVTV, CVTV1, CVTV2, TODAY TV, HOABINH TV. The Vietnamese automation is the de facto standard in Vietnam. A total of 45 channels are using HD Automation in Vietnam by the end of 2015. All customers are happy with the solution and integration.

The more interesting aspect of the automation is CG automation. The CG automation works in tandem with on-air system and can be very easily programmed based on offset from the starting point of any clip on playlist of automation system. The CG automation can control unlimited layers of graphic. Both CG automation and On-air automation use the same information from SQL server. It works very well as channel branding for television programs.

The media asset management compact version is the basic version of HD MAM as a complement to HD automation. It manages file, tape, content of tape, and much more. The asset management is based on SQL server and can work well in network environments. It is the right solution for Tape replacement archiving-playout automation.

The HD MAM is tailored to Vietnamese customers’ needs and requirements, making it highly suitable and productive for Vietnamese producers. Our engineers are able to trace and fulfill any request from customers to make they work easier and more comfortable.

The HD AirEdit system is a complete hardware-software system that comes with SDI/NDI/TS input, output in different configurations and cue tone control. It is the best choice for content localization, local censorship and local ad insertion system. Like the automation system, the Air Edit controls special server of HD Vietnam with WEB user interface to create insertion points, control the content over internet streaming and receive cue tone from incoming signals to replace general content of signals of the local one. More than 30 international channels are under the control of this system.

The graphic system working with SQL server in synchronization with playout automation system is one of our best sellers. The branding with Flash template meets even the most demanding requirements from broadcasters.

The automated ingest system works well with HD Automation or with HD Station system to create an interface between HD-SDI signal and file system. The system runs on PC with I/O card.

The web based application system allows TV stations to control, manage and automate full IT systems from text base works to Media and other managements like employers, equipment and salary. It is the most effective portal for any TV station. The HD Station is HIT 2018 of HD Vietnam. 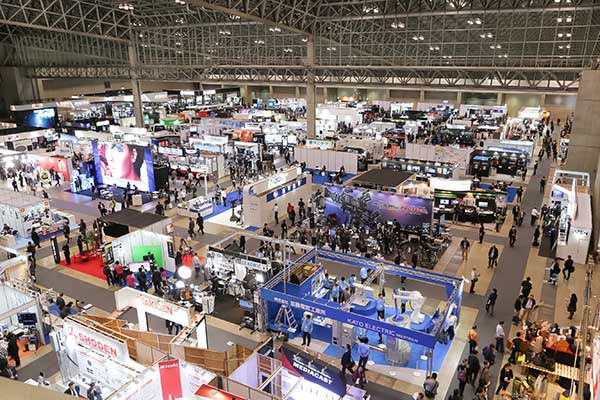 Please visit our booth at Hall 4 – #4107 to see more information about management solutions.